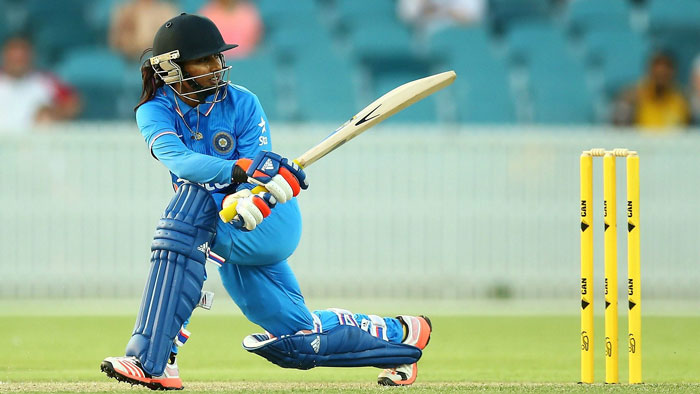 [dropcap]N[/dropcap]abh Spresam Deeptum or ‘Touch the sky with glory’, so runs the motto of the Indian Air Force and so for one born into an Air Force family with aircraft flying all around since her childhood days, the desire to rise up to the skies, even if not in an aircraft, must have always been there. Such is the story of the world’s highest ranked One Day International batswoman, Padma Shri Mithali Dorai Raj.

In a country where women’s cricket suffers patronage, to be able to rise as the best in the world is nothing short of a miracle. In the past, ladies like Shanta Rangaswamy and Diana Edulji did pave the way for a better future for women’s cricket in India and Anjum Chopra did continue the impetus but modern day women cricketers like Mithali Raj and Jhulam Nishit Goswami have taken Indian women’s cricket to an entirely different level; to be ranked as the best in the world in a game where the best sportswomen seem to be coming from Australia and England, one has to be really good. Have no doubt about the Australian and English strength since among the top ten leading ODI scorers, while three are British there are five Australians.

Born to an Air Warrior of the Indian Air Force, Dorai Raj and Leela Raj, at Jodhpur on 3 December 1982, Mithali took to cricket at the very young age of just ten years. The cricket prodigy needed just seven years to find her way into the Indian ODI squad, making her sensational debut against Ireland, at Milton Keynes, on 26 June 1999. Not to be cowed down by the big occasion, the teenager went on to score an unbeaten 114 runs to announce to the world the coming of a new cricket star. While the 114 remains Mithali’s highest ODI score till date, what is worth noting is that she has remained unbeaten on all the five occasions that she has scored an ODI hundred.

With a teenage appearance on the international scene, a batting average of over 50 in both, Tests as well as ODIs and an international career extending as long as 18 years, Mithali Raj has been rightly termed as the ‘Tendulkar of Women’s Cricket’. Mithali has been a part of the Indian team in the Women’s Cricket World Cup in 2000, 2005, 2009, 2013 and if all goes well will be making her fifth appearance this year; a unique achievement in world cricket and a superhuman achievement in the Indian context.

Read the full article by subscribing to the print magazine or the digital edition.

Gp. Capt. Achchyut Kumar
Gp Capt Achchyut Kumar has been associated with The Teenager Today for more than 50 years; initially as a reader and later as a contributor on varied topics. Having worked in the Indian Air Force and in India’s oldest company, Forbes & Company Limited, he is now practising as a lawyer in Nainital High Court.

Gp Capt Achchyut Kumar has been associated with The Teenager Today for more than 50 years; initially as a reader and later as a contributor on varied topics. Having worked in the Indian Air Force and in India’s oldest company, Forbes & Company Limited, he is now practising as a lawyer in Nainital High Court.